As RedState readers are well aware, California’s AB5 has been a hot topic on this site for a number of reasons – first and foremost because it strips Californians of a fundamental civil right, and secondly, it directly impacts our contributors from California. Kira Davis and I have written about it more frequently than other  RedState contributors, but at least half a dozen of our contributors have written about the anti-freelancing bill and/or its terrible federal counterpart, the PRO Act.

Because of the articles we’ve written, and because we exercise our First Amendment right on Twitter to express our disapproval of the law to both the bill’s author, Asm. Lorena Gonzalez-Fletcher, and Veena Dubal, the UC Berkeley law professor whose white paper was cited in the Dynamex decision that led to AB5, apparently we’ve been put on a “list” of people suspected of being an organized group of covert paid operatives for the Yes on Prop 22 campaign sponsored by Uber and Lyft.

Nothing could be further from the truth. In fact, it’s the other way around. People on the list are targets of a coordinated intimidation and silencing campaign being carried out by a group including Dubal, California Labor Federation and assorted labor union groups, Asm. Gonzalez-Fletcher’s office, and sympathetic journos like CNET’s Dara Kerr, whose articles are almost exclusively hit jobs against app-based gig companies.

This Twitter DM (Direct Message) group is at least one place where this coordination occurs.

Professor Dubal is clearly a part of the group.

This shot shows that Gonzalez-Fletcher’s Chief of Staff (@ShuDumokos) and Communications Director (Sami Gallegos) are members as well, along with Vanessa Bain, who leads “Gig Workers Collective.”

The group has kept tabs on Repeal AB5 proponents all year but transitioned into an active media smear campaign after Uber and Lyft nearly pulled out of California on August 20.

On August 17, Kerr sent an email to approximately the 50 people on the list, all of whom are members of the Freelancers Against AB5 group on Facebook and have been outspoken about their desire to have AB5 repealed. There were a few curious things about the emails, though. Some went to email addresses that weren’t publicly listed anywhere. Many of them led with the assumption that the recipient was part of the Yes on 22 campaign, and mentioned seeing our “tweets” about Prop 22.

I replied that I was not involved in the Yes on Prop 22 campaign and that I simply speak out against AB5 as an affected Californian. Others corresponded with Kerr via email or telephone and told her the same thing – that they aren’t paid for or part of any campaign for Proposition 22. 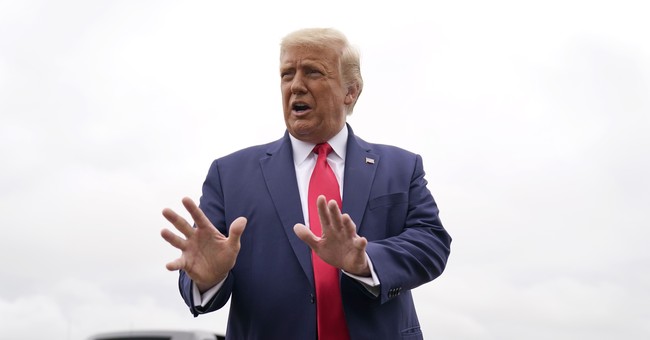 When the piece was published on August 28 it was clear that the only purpose of the piece was to allege that Repeal AB5 grassroots activists were really paid operatives taking part in a shadowy $110 million “right-wing disinformation campaign” to harass, threaten, and intimidate Professor Dubal and Asm. Gonzalez-Fletcher. The piece specifically targets me, Jennifer Oliver O’Connell, and Kira Davis (though many other journalists have written against AB5), intimating that we have been/are being paid by Uber and Lyft through PR firms to write against AB5 and that we tweet at Dubal and Gonzalez-Fletcher “on a near-daily basis.” (For the record, the allegations are completely false.)

Dubal is painted in a sympathetic light as a law professor who, while her academic work focuses on labor law, had nothing to do with AB5, that she’s been bombarded with online harassment, that she was “doxxed” and terrified for her family’s safety, and that she and Gonzalez-Fletcher don’t really know each other.

Dubal’s claims are false, and there is substantial documentation that it is she who’s taking part in a coordinated disinformation and harassment campaign. Even the CNET piece was pushed out in a coordinated fashion once it was published. Dubal was clearly up very early on Friday morning, August 28, since she tweeted the piece at 5:35 AM – 35 minutes after it was published.

Soon, the members of the Drivers Coalition DM group were also tweeting the piece.

This screencapture video provided to RedState shows who the majority of the group members are and the coordination performed by Dave Craige, a self-styled gig worker activist. Browsing the Twitter timeline of the participants, they routinely retweet each other and tag each other in posts.

By understanding who these people and organizations are, it’s apparent that what’s happening in California isn’t a one-state issue; it’s a global effort coordinated by organized labor unions who are using Gonzalez-Fletcher to promote their agenda legislatively, relying upon Dubal’s “scholarship.” (More details about the organizations and their ties to each other will be brought out in further pieces in the series.)

This is significant – we have a PAC opposing Prop 22 coordinating with legislative employees to target political opponents.

A second screencapture video provided to RedState spells out some of their future plans and characterizes their opponents as “monsters.”

“DailyLyft” shared the link to the CNET article (which has since been regurgitated at Business Insider and MSN), then wrote:

“All our targets in one article. I like how this article lists all the people and organizations we can target. Amazing map of the monsters.”

“When are we protesting at John and Logan’s house?”

Yes, you read that right. The entire point of the CNET article was to highlight Veena Dubal’s terror that her home address had been posted online (it was listed on her husband’s California State Bar profile), but they’re asking when they can go protest at the home of private individuals whose businesses are working with the Yes on Proposition 22 campaign? What? It’s not unprecedented, though. Back in June Gig Workers Rising and We Drive Progress (members of the DM group) organized a protest on Uber CEO Dara Khosrowshahi’s doorstep.

A video posted by Gig Workers Rising on Facebook highlights a sign that says, “Today we come with cars, tomorrow we come with pitchforks!”

Future installments will cover Veena Dubal’s involvement with AB5 and the astroturf drivers groups, targeted harassment of private individuals considered enemies by the members of the Drivers Coalition, the story behind why certain journalists or activists are targeted, the shady relationship between labor unions and drivers groups, the falsehoods in Dara Kerr’s CNET article, and more.