If you haven’t been following the story, 17-year-old Kyle Rittenhouse is in jail charged with first degree murder.

On Tuesday night, he was part of an armed citizen’s militia that was attempting to keep a slobbering, violent Antifa mob from destroying property and attacking citizens in Kenosha, WI. During the course of that evening, Rittenhouse became separated from his group and was set upon by a feral pack of thugs. When the dust settled,  two were dead and a third was wounded. All three were convicted felons. The wounded man had brandished a pistol at Rittenhouse before catching a 5.56mm bullet to the bicep.

Read our coverage of the shootings:

In a Bizarre Turn of Events, NYT Investigation of Kenosha Shooting Makes a Strong Case for Self-Defense

Kyle Rittenhouse Was Right to Fire His Weapon

VIDEO: Did Rioters Lob Molotov Cocktail at Kenosha Shooter Prior to First Shooting?

Breaking Down The Videos Of The Two Shooting Incidents In Kenosha — Self-Defense? 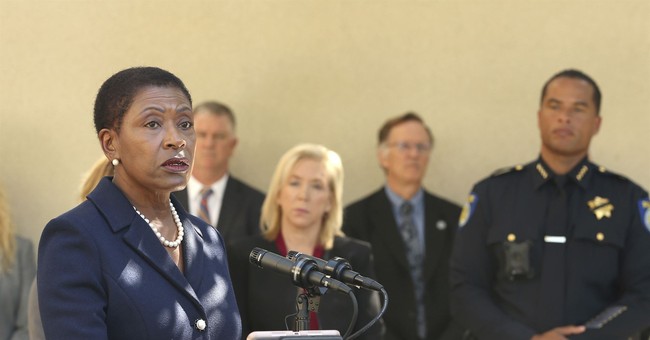 and all of our Kenosha riots stories.

Even though Rittenhouse will probably not be tried for murder, he is facing an expensive legal battle. The last thing he needs is for his very freedom to be in the hands of a public defender who might very well have been out throwing Molotov cocktails the same night Rittenhouse shot three ex-cons. I am not joking, read The Weeping Over the Fire-Bombing Lawyers Is Exactly How You Got Trump.

His family is not wealthy and so Rittenhouse’s supporters attempted to set up a GoFundMe account to raise money for his legal defense. Without explanation, and completely against their own Terms of Service, GoFundMe shut down the account.

GoFundMe specifically lists fundraising for legal bills as one of their services. The closest you can come to a violation of the Terms of Service is this:

Unless douchebag has become a sexual orientation or violent ex-felon a religious affiliation, none of these apply.

I know the “muh private company” people get whenever anyone complains about arbitrary and capricious conduct, so I’m not going to argue it beyond saying I will never donate another dollar to any GoFundMe and I will actively discourage anyone I know from doing so. A fair trial, unfortunately, is a right that must be bought in order to be enjoyed and GoFundMe is simply sticking with their little leftist friends and trying to ensure Rittenhouse is railroaded.

While, on the one hand, Wood is taking on the case pro bono, the irony is that CNN and the Washington Post are actually underwriting his ability to do so.

Rittenhouse was clearly justified in the use of deadly force to defend himself. We cannot allow a politically motivated prosecution to punish him for chickensh** process crimes in order to make the Antifa thugs so beloved of the Democrats feel vindicated.