When this is your level of complaint then your pettiness is really starting to show.

Last night at the Republican convention President Trump officially accepted the party nomination. He was introduced by his daughter Ivanka for that moment. She delivered a speech that was energetic and rather gripping, a clear sign she is a consummate professional comfortable speaking live to large crowds. Were she the progeny of a Democrat Ivanka would like be gracing magazine covers as a powerful woman of high example. Of course, she was not regarded as such by many in the press.

We have seen this week that the press is willing to attack many of their own sacred cows in order to try to injure Donald Trump. From racist comments towards POC speakers to sexist attacks on women, and even insults hurled at a wheelchair-bound individual — the media have been violating their own standards on the regular. To show the level of disdain, and outright pettiness by the media we are actually in a news cycle where journalists are fact-checking Lego toy sets. If that sounds odd and somewhat baffling, it is even far more stupid that it seems.

In one passage from her address last night Ivanka was describing what it had been like for her family to come into the White House and gave a brief anecdote.

When Jared and I moved with our three children to Washington, we didn’t exactly know what we were in for. But our kids loved it from the start. My son Joseph promptly built grandpa a Lego replica of the White House. The president still displays it on the mantel in the Oval Office and shows it to world leaders, just so they know he has the greatest grandchildren on earth.

This — this is something members of the media have concerned themselves over regarding last night’s affair. Author and podcaster Andrea Bernstein wrote a book about the Trumps and Kushners, and she has made a bold claim about Ivanka’s passage from her speech. ‘’The story was made up,’’, she says definitively. Others in the press have jumped on this trenchant story. 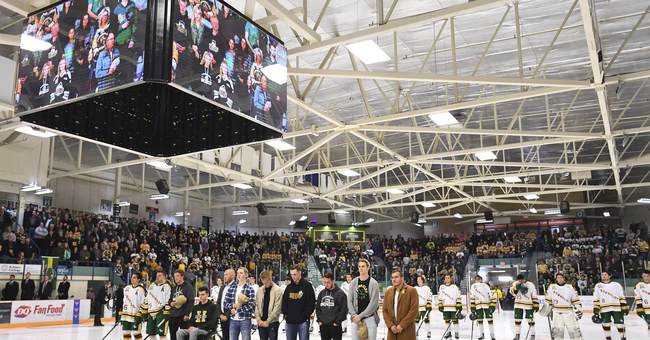 What Andrea may not realize is that she has cast herself in the position of having to disprove a negative; she is the one making the accusation that something definitely did not take place. Her basis for this is that in the past Ivanka has told a story that as a girl she had constructed a toy replica of Trump Tower. How this serves as some sort of proof is not made clear.

Bernstein then also claims the story was cribbed from her father’s book, ‘’The Art Of The Deal’’. In it Trump told a story of him and his brother playing with blocks to make a building, as children. That is all; that had played with blocks, and had borrowed some from his brother. Hardly the same tale, but this stands as ‘’proof’’. But then the investigation deepens.

A number of other journalists have weighed in with their expertise. First there is the lack of proof cited. Actually forced to respond, Ivanka sent out a tweet showing her son with the President, and his completed Lego set.

Bernstein actually went so far as to reach the White House to see if Joseph built the replica himself. She was not at all embarrassed to follow this line of questioning. But do note, she has done so as a segue away from her claim that this Lego creation was a work of fiction.

Even at Bloomberg they weighed in on the matter, declaring that their reporters spend a significant amount of time in the Oval Office, and none of their intrepid journalists have previously spotted the plastic edifice.

Which brings us to the climax of this mystery comedy. The press, which claims no evidence of this alleged myth-making by Ivanka exists, have been incapable of finding the photographic evidence — existing in the press.

There is a file photo available from Getty Images, from early this Spring, depicting the very Lego construction in question. It is dated March 6, 2020.

Expect the narrative of this evolving and culturally significant scandal to continue. The next phase may be that Ivanka intentionally planted this image months back to score a political hit on the media here in August.