Politicians being embarrassed by relatives is not exactly a new phenomenon, and President Trump is no exception. President Trump’s niece, Mary Trump, has a book out titled Too Much and Never Enough: How My Family Created the World’s Most Dangerous Man. In it, she accuses President Trump of all manner of things, does some eye-rolling psychoanalysis. It relies heavily on recorded or recalled conversations with family members bashing Trump. One of the people mentioned in the book is President Trump’s sister, federal District Judge Maryanne Trump Barry.

When Washington Post reporters, in a fantastic act of journalism, questioned the veracity of her accounts, Mary Trump revealed she had taped 15-hours of phone conversations with Judge Barry and released them to the Post. The Post published them.

Maryanne Trump Barry was serving as a federal judge when she heard her brother, President Trump, suggest on Fox News, “maybe I’ll have to put her at the border” amid a wave of refugees entering the United States. At the time, children were being separated from their parents and put in cramped quarters while court hearings dragged on.

“All he wants to do is appeal to his base,” Barry said in a conversation secretly recorded by her niece, Mary L. Trump. “He has no principles. None. None. And his base, I mean my God, if you were a religious person, you want to help people. Not do this.”

Barry, 83, was aghast at how her 74-year-old brother operated as president. “His goddamned tweet and lying, oh my God,” she said. “I’m talking too freely, but you know. The change of stories. The lack of preparation. The lying. Holy shit.”

Now it looks like Mary Trump is a fraud, and she may be in a great deal of trouble. 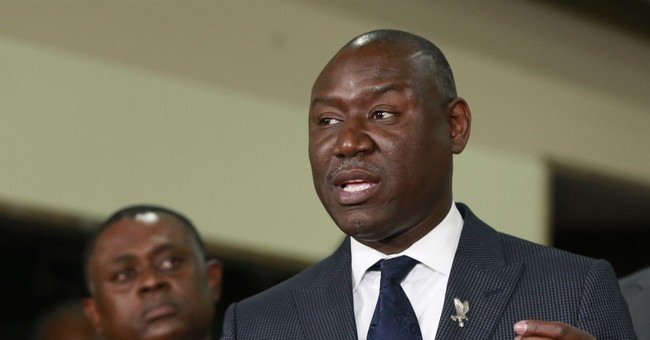 I’m not an authority on this arcane area of law, but it does seem to me that faking recordings of a federal judge to make your book seem more credible is not a very bright plan. I find the idea that Judge Barry concocted the story of the fake to be highly unlikely, while, on the other hand, Mary Trump appears to be a very, very bitter nutter.