Here is a quick little end-of-the-week rambling bit of fun that I recorded at the end of last week.

Yeah, we end up talking about day drinking a lot here during plague times but I will not have my coping mechanisms be disparaged. I haven’t broken any windows or set anything on fire so let us pause for a moment and thank the Tucson craft beer scene for all it does to keep me on this side of the law.

We all need ways to defuse this tedious plague/riot situation and I am now open to suggestions. It was simple during the first few months, but somewhere around the 600th Zoom happy hour, many are in danger of snapping. Three friends and I had a Zoom drinking hangout scheduled for this past Saturday night (it’s our plague time thing) and we were all so “meh” that none of us showed up.

This is a crisis, people.

Anyway, let me know what you’re doing to beat back the boredom because I could really use some tips.

While I try to keep my beer enjoyment as local as possible these days, I did try this magnificent 8.3% ABV gem from Tombstone Brewery, which is only about 70 miles from my house: 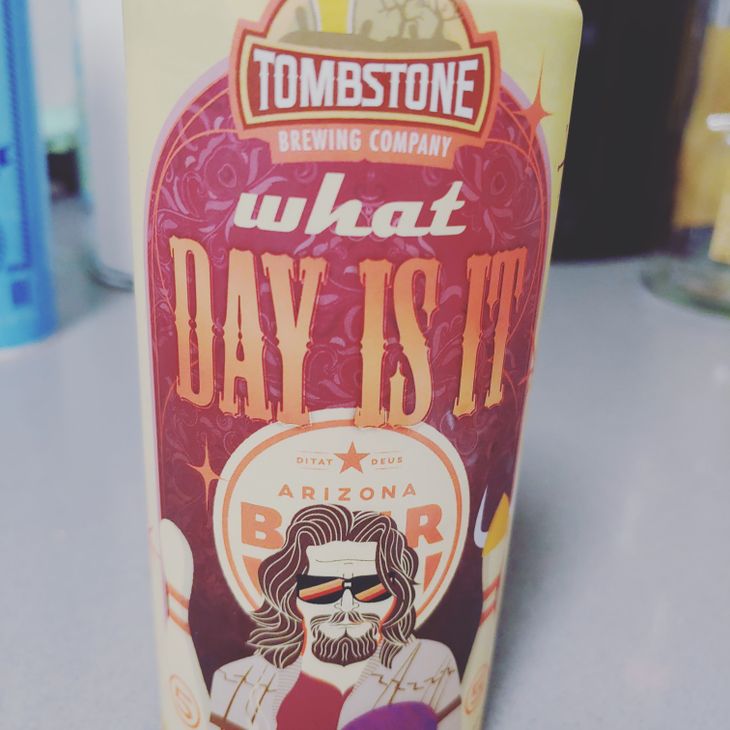