**The following editorial tells the story of Washington small business owners Burke and Robert Bordner, whom the Freedom Foundation is representing in a lawsuit against Governor Jay Inslee’s shut down order. At the bottom of this article is a commercial that began airing on cable television stations this week.**

On July 19, our 38-year-old business laid off every one of our seasonal employees and closed its doors — possibly forever.

We presume he wasn’t speaking for the 150 young people left unemployed by the closure of Slidewaters, our seven-acre water park nestled into the shoreline of scenic Chelan in North-Central Washington.

Nor is its demise a cause for celebration for our suppliers or the hundreds of local business owners who considered it an essential economic magnet in the tourist-dependent community we all call home; or for city and county government leaders, who will undoubtedly be forced to curtail public services without the hundreds of thousands of local tax dollars generated by Slidewaters every year.

Come to think of it, this may only be good news for Jay Inslee, inasmuch as it represents a tremendous victory in the war he’s been waging against private industry since early March, when he embraced the near-dictatorial “emergency powers” he believes the COVID pandemic entitles him to. 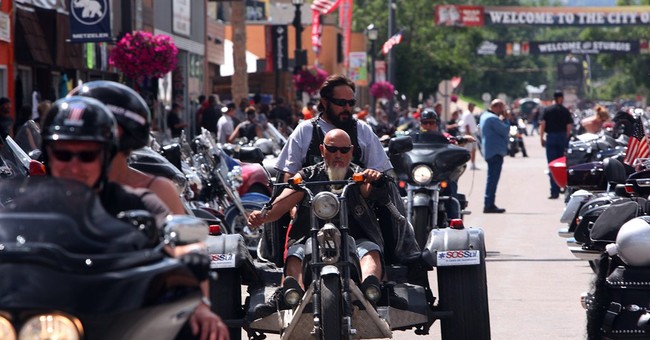 Meanwhile, Washington’s state parks — including many lakes — are gradually opening to the public this summer, and huge crowds are literally standing unmasked in line to get in.

Slidewaters has become the poster child for what happens to those who dare resist Inslee’s heavy-handed, illegal, politically motivated COVID abatement effort. That strategy also includes a mandatory mask rule that is currently the subject of a lawsuit filed by the Freedom Foundation — the same group representing us in our fight with the state.

Small wonder the Governor was booed off the stage in late June when he ventured beyond the urban Olympia-Tacoma-Seattle liberal comfort zone to tout his COVID strategy in rural Tri-Cities.

Let’s be clear. No one is saying the COVID pandemic isn’t a serious problem. What we’re saying is that, like most problems, it’s better confronted on a local basis by those whose concern for doing the right thing is motivated by logic, sensitivity, and hard science rather than wounded pride or political animus.

Trying to resolve the problem proactively, we developed a multi-pronged remediation plan that included:

After showing our “Clean and Safe” plan to county health officials, they issued Slidewaters a permit to open on June 18. But within a day, Inslee’s Department of Health — without even performing its own on-site inspection — intervened and said the park would have to remain closed until the ban was officially lifted, a process that could take months and wipe out our entire summer.

We were also fined $10,000 and threatened with jail. Because time away from our families does not align with Slidewaters’ ultimate mission of strengthening the American family through strong relationship-building activities, we reluctantly agreed to comply.

Some pool facilities are allowed to operate by employing reserved-swim sessions, so we proposed operating our nine-acre waterpark in each of the following three ways:

Our proposals received the support of the Chelan-Douglas Health District Medical Director, Dr. Malcolm Butler, and he took the proposal to the state Department of Health. The health department denied his request for us to operate in any capacity.

After all these options were denied, we were forced to conclude that we would not be reopening Slidewaters this season. We shifted focus to the possibility of only operating our outdoor food & beverage restaurants, however, the health district will not approve us for food service without the consent of the Department of Labor and Industries (L&I). L&I has stated they don’t see a problem with a food and beverage-only operation, so now we are awaiting a final determination from the health district.

As we wait for all our appeals to be heard and for decisions on a food and beverage-only operation, we have again shifted focus to the survival of our business.

We don’t know how this melodrama will all end, but we know God has a purpose for our lives and we pray it involves continuing to operate a business that offers clean, wholesome family recreation.

But if it doesn’t, we’ll know why.

If Slidewaters is gone for good, our business and countless others will have been sacrificed on the altar of one man’s insatiable desire for power— no matter how many lives have to be ruined in the process.

Cousins Burke and Robert Bordner are co-owners of Slidewaters, in Chelan, Wash.

This week in Washington State, the Freedom Foundation began airing this television ad on a variety of cable stations to explain our situation – please watch and share.